Steps in the Politicalization Process of the Turkish Judiciary

With the constitutional and legal amendments made since the beginning of 2014, the Turkish judicial system has been tried to be exposed to influence or controlled by the government. Two investigations carried out by the Istanbul Chief Public Prosecutor’s Office, which came to the fore on 17-25 December 2013, underlie these changes. Within the framework of these investigations, important corruption and bribery accusations were brought against 4 ministers and their children of the ruling party, the son of the prime minister and his close circle of friends.

Including the constitutional and legal amendments about the judicial staff, functioning and system in the historical process will be enough to draw a picture of the intervention in the judiciary.

On December 21, 2013, an amendment was made to the Regulation on Judicial Law Enforcement. With this amendment, the principle of confidentiality of the investigation was abolished in the criminal procedure law. Regarding all investigations, judicial law enforcement officers were obliged to notify the governors and district governors. With this regulation, the government aimed to prevent investigations against its members.

An order was issued for law enforcement chiefs to inform the governor and district governors of all investigations carried out by the prosecutor’s office in advance.

With the Law No. 6524, which entered into force on February 27, 2014, all administrative staff, especially the Secretary General, who worked at the Council of Judges and Prosecutors (HSK) were dismissed. It has been tried to increase the influence of the Minister of Justice and thus the government in the Council of Judges and Prosecutors (HSK) on judges and prosecutors who do not act in line with the demands and wishes of the government.

In its declaration of 20 June 2015, the Venice Commission noted: On 15 February 2014, the law on the High Council of Judges and Prosecutors was amended to strengthen the powers of the Minister of Justice in the High Council. This step reversed the positive gains of the reform that took place after the 2010 referendum.

With the Law No. 6545, which entered into force on 18 June 2016, the “criminal judgeship of peace regime” was established. Criminal judges of peace (Sulh Cezaa Hakimleri) were given “extraordinary” broad powers that directly concern fundamental rights and freedoms, without de facto supervision. Suggestions by the Minister of Justice were taken into account in the selection of peace judges by the HSK, which has clearly started to work in harmony with the government.

The decisions made or not made by the peace judges in violation of clear legal regulations were met with great reaction by the opposition society. In particular, the decisions made in line with the rhetoric of the government, aimed at neutralizing the people and institutions it targeted, made the system of criminal judgeship of peace even more controversial in the country. Criminal judges of peace have signed thousands of unlawful and arbitrary decisions such as arrests, searches, seizures, appointment of trustees, and detection of communication.

April 2014 Unity in the Judiciary Platform (YBP) was established. The apparent purpose of this formation, which later became an association, was to work towards the HSK membership elections to be held in September 2014. YBP was supported by all public institutions, especially the Ministry of Justice. Those who were not members of the YBP were declared “traitors”, “parallel statists” and “terrorists”. The president, ministers and main opposition parties gave messages encouraging YBP membership and threatening those who do not. Shortly after its establishment, more than half of the judges and prosecutors became members of the YBP. YBP candidates won the majority of HSK candidates. During the election process, the government made promises to judges and prosecutors, such as salary increase, disciplinary punishment, amnesty, and exemption from military service if YBP candidates win. YBP promised various titles to judges and prosecutors who supported it. After September 2014, the control of the HSK came under the control of the government.

After October 2014, almost all the judges of the courts with important powers were replaced in a short time. All Attorney Generals were re-appointed.

On December 15, 2014, 144 members were appointed to the Court of Cassation and 33 members to the Council of State by the HSK, which is under the control of YBP candidates. All of these members were YBP members and they were people who promised to work in harmony with the government. With the new members, the duties and powers of the Appeals Chambers of the Supreme Court and the Council of State were changed.

With the Law No. 6723 on 1 July 2016, all current members of the Supreme Court and the Council of State were dismissed. More than 100 of the dismissed members were arrested.

On July 25, 2016, 342 members of the Supreme Court and the Council of State were elected by the HSK, which works in harmony with the government. In the elections, the reports prepared by the intelligence units and the evaluations of the ruling party were taken into consideration.

On 19 July 2018, 100 new members were appointed to the Court of Cassation and 12 new members to the Council of State. The arrangement regarding the appointment of the members was made with the decree laws issued during the state of emergency. The reason for the appointment of new members to the Court of Cassation and the Council of State is that the government wants to further consolidate its influence in the judiciary. With the regulations made after 2014, influencing the investigation was no longer a crime. The penalty for influencing the judiciary and exerting pressure on judges was reduced. After 2014, the powers of judges and prosecutors who made decisions that were not pleasing to the government regarding investigations and prosecutions, which were closely related to the public, were abolished, positions have been changed or exported.

After the constitutional amendment made in 2017, the structure of the Council of Judges and Prosecutors, which is authorized to carry out the recruitment, appointment, authorization and disciplinary investigations of judges and prosecutors, has been changed. The Board has 13 members the Minister of Justice and the Undersecretary are natural members of the Board. 4 of the remaining 11 members are directly elected by the President from among judges and prosecutors. 3 members are determined by the Supreme Court and 1 member is determined by the Council of State. The remaining 3 members are elected by the Grand National Assembly of Turkey. Considering that the majority of the members of the Council of State and the Supreme Court are composed of members working in harmony with the government, and that the majority of the members of the Grand National Assembly of Turkey belong to the Erdogan government, it would not be wrong to say that almost all of the HSK members were determined by the AKP government. 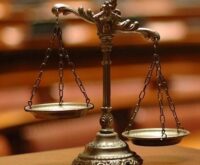 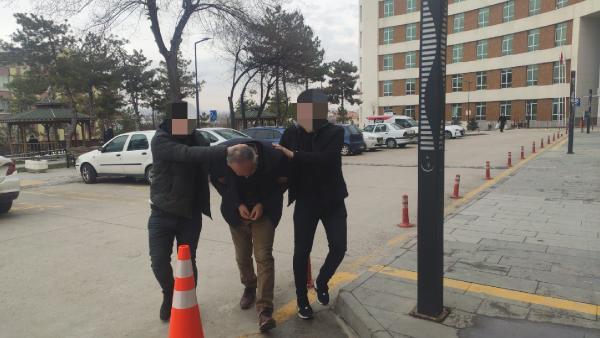